Skate has actually been owned by us for a couple of years, but was too sharp for most of our clients. He also had injuries from the past – probably a rotational fall. This became apparent after just a few weeks with us when he showed reluctance to turn to the right in the school. He had passed a vetting and was sound, but this was a horse in pain, not a behaviour problem. He put his head into my hands when I dismounted after trying to ride him through it. He really has a kind, sweet temperament and does his very best to please his rider!

After manipulation with our vet Steve Brooks and our equine chiropractor Jenny Hadland, he is on the road to recovery. My thanks go to Pam Penston who took him at no cost for many months, to Andy Chard, who rode him out quietly to rehabilitate him and to Caroline Baldock, who has spent hours with him on the long reins.

We had looked for a loan home for him and had considered selling him, but were concerned that he would go to a competition home where he would be pushed too hard and broken and then sold on again and again. There are so many sad stories of this!

After losing my dear Magic who broke his leg getting up fom a roll in the field, we considered that he might well work for me as another escort horse. Some people had come to try him for loan the week before and I was teaching in the arena and looked up to see him sailing around a course of rather large jumps! He was sound the next day and obviously had enjoyed himself immensly, so he is being worked towards the role of escort horse and Stage 3 jump horse! Destiny took a hand in his future! 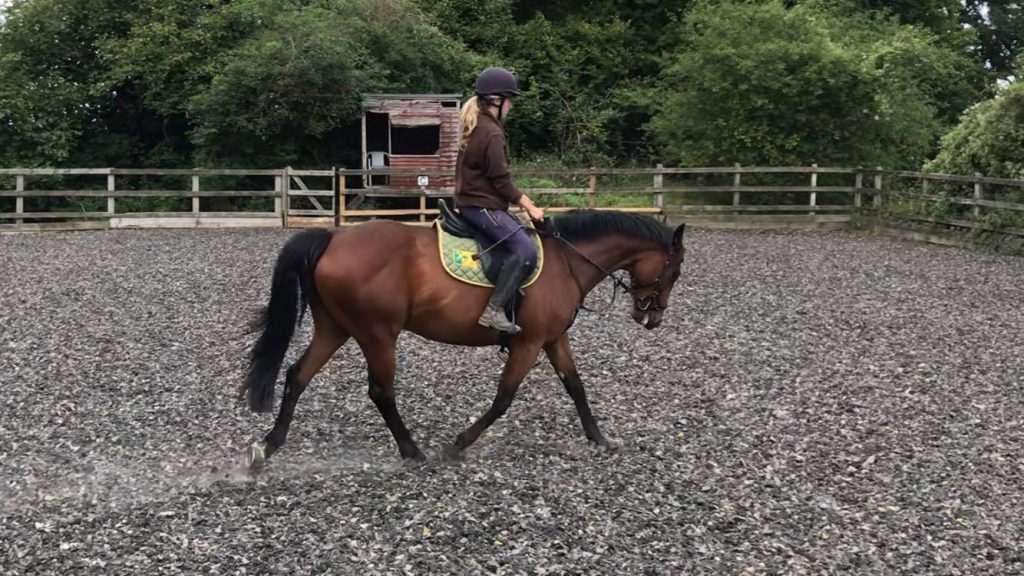 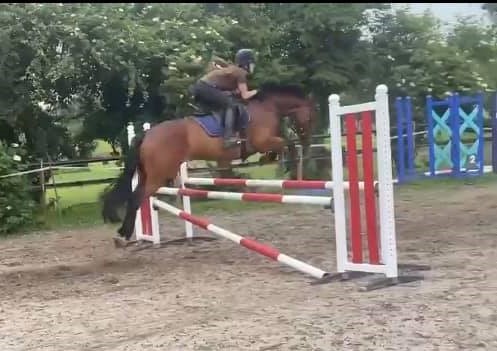