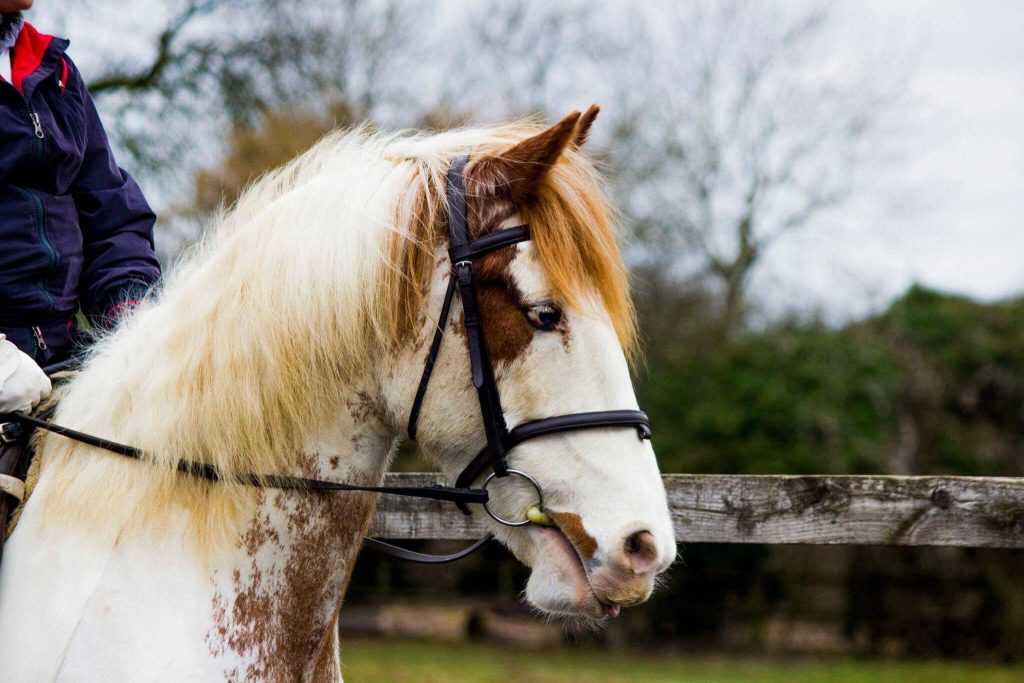 I came to Wildwoods in in the summer of 2011. I was grazing with my friend Lilly on a playing field – I think it is called ‘fly grazing’. The council put up notices for our owners to remove us, but they never came. We were examined by a vet and we were both in foal. Neither of us had been ridden, so not many people want an in foal, unbroken horse! We were offered to Anthea and she took us to her paddock. Lilly and I had to get used to being handled and having our feet lifted. Her friend Caroline made a hand on a stick, which they used to touch us, as we were sometimes scared and would kick out – especially Lilly. Lilly was put in a stable before she was due to foal, but she jumped out as she was separated from me. She had her colt foal, Indiana, out in the paddock in a big storm. Indiana is now working in the riding school. My foal, Montanna, was born a few weeks later. Sadly, he died 5 months later. They had him in a stable and were looking after him in shifts around the clock for a week. They bought him a little rug and had several heat lamps in the stable to keep him warm. The vet came twice a day, but he went into renal failure and they couldn’t save him. The vet said he must have been born with a congenital defect. I was very sad, but they started my training as a riding school horse, so I had something else to focus on. Lilly was sold on as she was still rather wild, and Anthea said she eventually went to a private home in Holland. The new owner sent Anthea pictures of her going over big jumps. I hope she is happy and well. I love my work and there are wonderful places to hack around here. I am one of the horses that are used for the BHS Stage 3 flatwork exam. I go Western too and enjoy jumping! 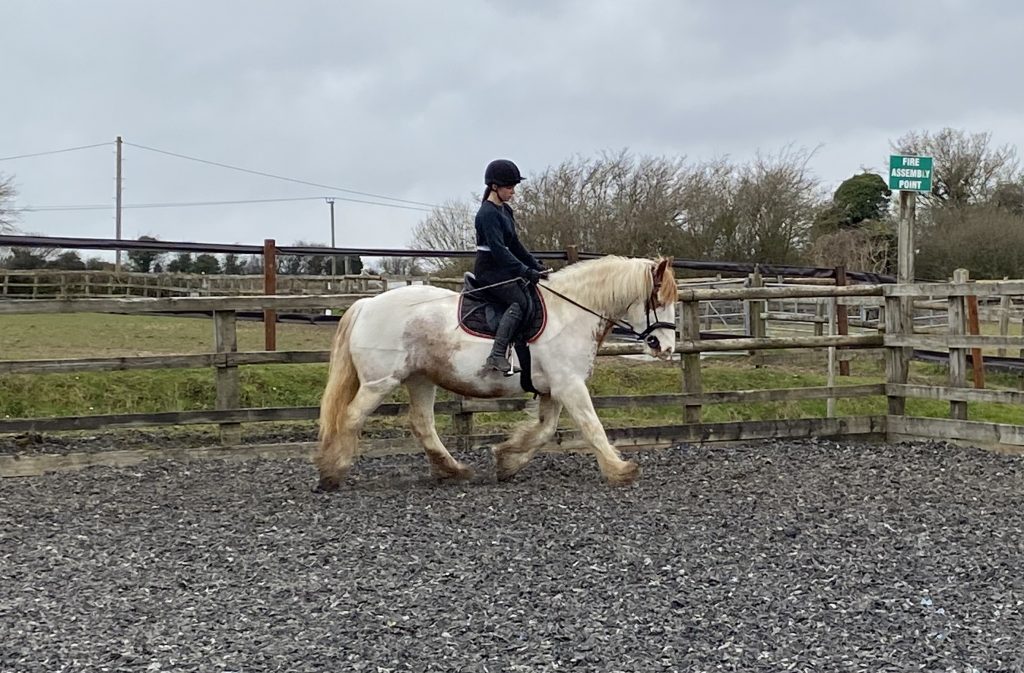