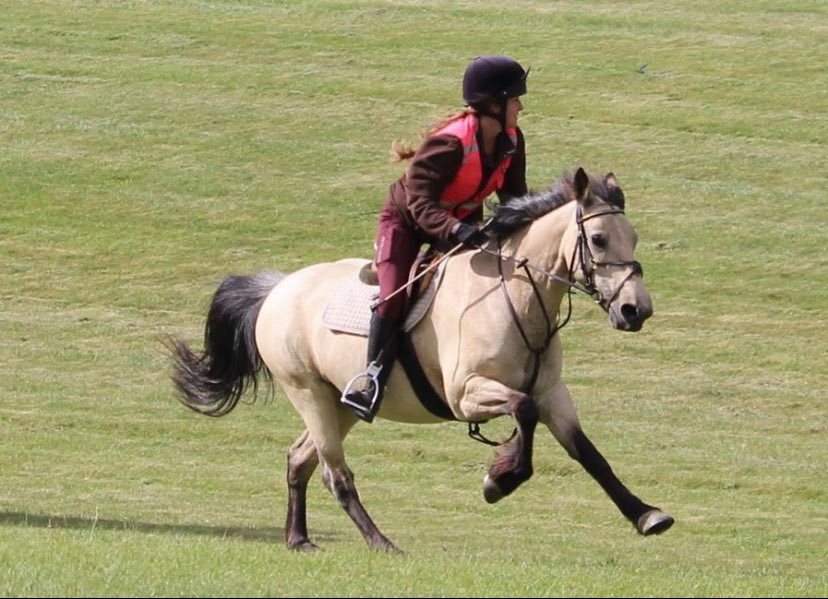 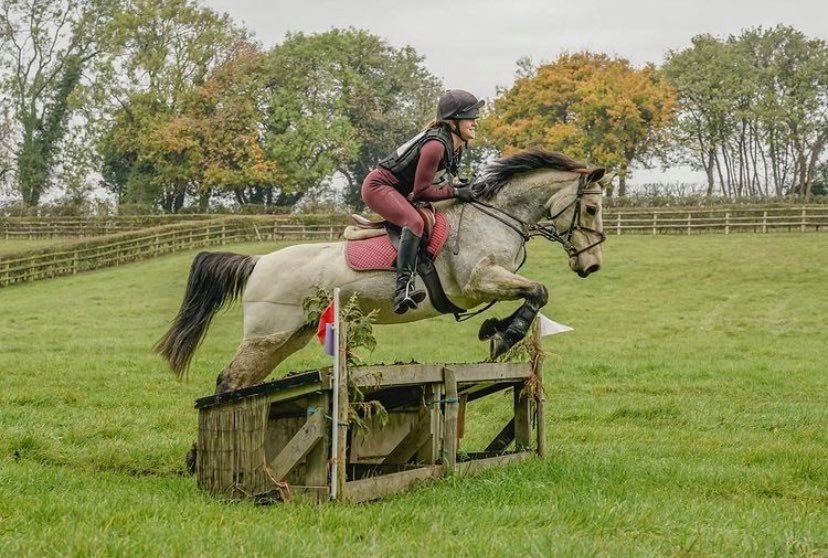 I came to Wildwoods in November 2012 with my friend Goldie. We were owned by a family who couild no longer afford to keep us as the father had gone bankrupt. We were put out in a field and a man called John came to take us away. He had sold Goldie to the family and I had been to their stables for lessons, so I knew him by sight. Both the girls were very sad to see us go and cried. A few weeks later Anthea came with a big, new trailer to collect us and after a four hour journey we arrived at Wildwoods. Goldie went lame, so John and his wife Alison came to take her away and said that they were going to try to breed from her. They had bought her from Ireland as a 3 year old and had sold her on to 2 other owners before Anthea, but were delighted when Anthea gave her back to them. She is a well bred Irish Sport Horse and apparently had a lovely foal She is still with them.

I really enjoy jumping and one of Anthea’s staff, Sophie Hutton took me on a Pony Club Mockhunt soon after I arrived (picture below). The other picture is of my sharer Ceri, taking me for a gallop on Epsom Downs. Natalie, Anthea’s Head Girl, has taken me to a few hunter trials and we have qualified twice for the National Championship at Eland Farm. My profile picture is Nat and I jumping over a hedge at the Mid-Surrey Pony Club field on a practice session with Anthea. I am really hoping that Nat and I will be going to the 2020 National Championships. How exciting! 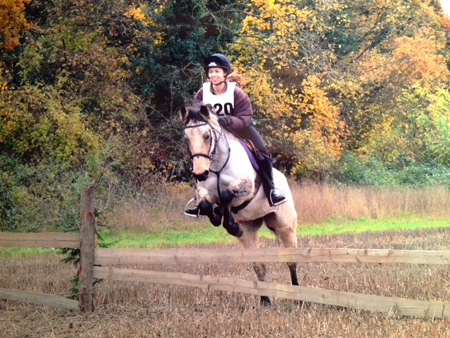 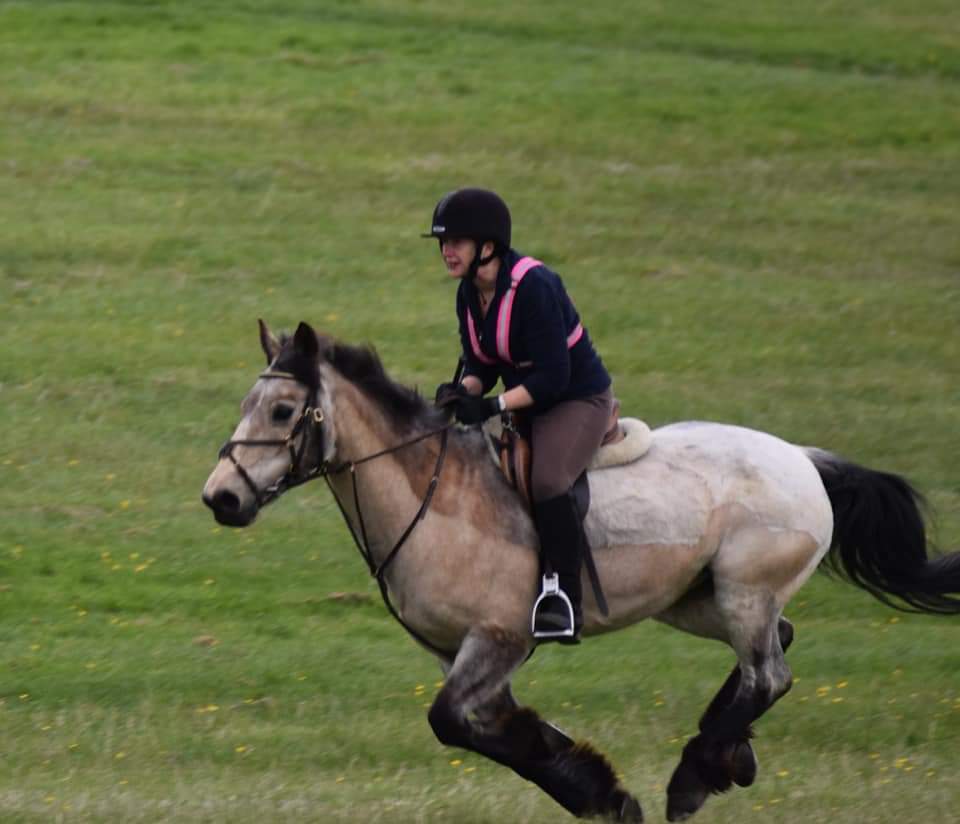